Sifnos offers a diverse range of activities, depending on your mood and preferences!

You can choose among archeological tours, visits to museums, visits to exhibitions, hiking, diving, sailing, fishing, dance, pottery, festivals, cooking, beach volley, yoga, tennis, basket, various other expressions of art or having fun until the morning hours at beach bars or at the bars of the famous STENO of Apollonia!

An ever-present element of Sifnian tradition, the paths serve farming and animal farming life – even in places where there exists an alternate access route – since they are used on a daily basis so that people and animals can reach pastures and thimonies (simple one-roomed constructions covering the basic needs of the farmers).

They are also of interest to wanderers on foot, who can enjoy the beautiful vistas of an “other”, green and fragrant Sifnos, during the autumn and especially spring seasons, where they can gather herbs, greens and wild flowers which grow freely everywhere, or reach secluded beaches and relax in the clear, blue sea.

Some of the paths of Sifnos are mentioned as examples here:

In 2015 the MUNICIPALITY OF SIFNOS, in cooperation with the organization PATHS OF GREECE, has implemented a project regarding the new, modern, complete sign-posting of 10 main paths of Sifnos.

The 10 marked paths of Sifnos

Of the most ancient arts practiced in Sifnos, since the proto-Cycladic era, is pottery.

The abundance of fire resistant clay (the product of shale erosion), the water from the wells and cisterns, the availability of combustible material, and the mild climate conditions are the main factors that aided the development of pottery in Sifnos, in combination with the skill of the Sifnians in working the clay. The passing of time made the name “Sifnian” synonymous with the profession of pot-maker, potter, or jug-maker.

There are currently 20 pottery workshops, most of which are family businesses. Useful items are manufactured in these potteries, for cooking or storing food (mastelo and tsikali pots, jugs, foufou earthen brazier, armeos milking pot, jars, cups, plates, and others) whose usage has gone beyond the confines of Sifnos and the Cyclades, while simultaneously with traditional shapes, Sifnian potters create decorative objects, trying out new forms and new colours.

Feasts are not simply an expression of the deep religious feeling of the Sifnians, who entrusted their salvation against any external threat to the Saints, but also the main means of amusement, especially in earlier times, when the opportunities for amusement but also for expression of their amorous feelings were extremely limited.

On the eve of the feast of some Saint, the believers would attend evening services at the church and then have dinner as a group, at the traditional “trapezes” which recall the early Christian agapes. Dinner includes chick pea soup as the entry, and lamb in red sauce with potatoes or pasta as main course, (or cod with a cabbage salad if the fair is on a period of fast), all cooked on “panostria” (elevated fireplaces). The table is not complete without wine, of course, and traditional music (takimi, with violin and laouto), and the tables are set again and again until all of the attendants have eaten. People sing, dance, and have fun until the morning after. The expenses are borne by the “panigiras” (fair-man), or a ”brotherhood” of such people, and include the maintenance of the church throughout the year, cleaning and whitewashing for the fair, food, cooking, wine, payment for the musicians, priests and choir, and anything else. In exchange, the “panigiras” can keep the Saint’s icon in his house throughout the year. Someone else takes the icon then, and with it takes care of the expenses for the fair. This is a very popular custom, to the point that some churches have waiting lists spanning years.

The greatest fair is the one for the patron of the island, the Virgin Mary of Chrissopigi (Panagia Grissopigi), which is celebrated on Assumption Day, and gathers people from all over the island and beyond.

Some of the traditional feasts (with Food and Sifnian music) of our island that are held during the tourist season are the following:

Ask at our reception if there is any feast during your stay on our island, and enjoy a unique experience!

It is the newest and the most modern museum of the island (open for the public since 2010). The museum houses various selected finds from excavations of this area, as well as rich printed and electronic material about the Citadel of Agios Andreas and the rest of the island (Sifnos’ ancient city of Kastro, Sifnos mines, ancient towers) from the prehistoric times to the late antiquity. The archaeological site on the hill of Agios Andreas, with an Acropolis dating from the 13th century BC and a small modern museum, was presented with an award in 2012 by the organization EUROPA NOSTRA for its exemplary maintenance and presentation of findings «as an excellent example of the preservation of our cultural heritage». OPEN every day, all year round (except on Mondays and holidays) from 8:30 in the morning to 15:00.

► THE FOLKLORE MUSEUM OF THE “ASSOCIATION OF THE SIFNIANS” IN APOLLONIA
It is situated at the center of Apollonia and it houses articles from the traditional life of the island, such as agricultural tools, domestic articles, local costumes etc. Among its most important exhibited articles are: a collection of swords and riffles, the collection of old costumes, woodcarvings & trunks, broideries and laces, utensils (among them, there are spoons & knives from Constantinople), agricultural utensils, gardening tools, apiculture, agriculture and pottery items, busts of Sifnian personalities, records of sifnian newspapers: “Sifnos” (the most ancient newspaper of the Cyclades and of Greece – establishment date: 1880) “Sifnian News” and “Sifnian Voice” (1965-1986). OPEN during the summer, every evening from 19:00-23:00 and every Monday-Wednesday-Friday 11:00-13:00

► “OUR HOUSES IN THE OLD DAYS” – EXHIBITION OF FOLKLORE ITEMS “IOANNIS ATSONIOS” OF THE CULTURAL ASSOCIATION OF SIFNOS IN ARTEMONAS
It is an old sifnian house built according to the traditional architecture and it has the same form as most of the sifnian houses of the old times, with traditional furniture, embroideries, framed pictures, gravures and lithographs, mirrors, opal lamps, earthen utensils, a sewing machine, a gramophone dating back to 1900, a cradle dating back to 1880 from Constantinople, an étagère dating back to 1880, kerchiefs and trays from Constantinople, traditional costumes, a radio dating from the Interwar period, old newspapers, marriage contracts etc. Here you can also find personal and official documents of the poet Ioannis Gryparis from Artemonas and his couch. OPEN since 2008, from 15 July to 15 September, in the afternoon.

It is a “Study on the Byzantine and Post-Byzantine Sifnos”, housed in the monastery of the Virgin Mary of Vrissi (or Panagia Vrissiani). Here, you can find manuscripts, parchments with codes, copies of old editions, a Gospel dating back to reliquaries, cherubim banners, holy utensils, vestments, icons, the embroidered cope of Kassiani etc. OPEN every day, all year round.

The “Sifnos Sports Centre” is located in the capital village of Apollonia in the middle of the island. The centre has indoor and outdoor sports areas. The islands’ medical centre is located 300m from the gym..

The outdoor areas are floodlit at night and there is a gym park for gym training.  There is an outdoor basketball court and an Olympic size tennis court.

The indoor areas consist of two sports halls with equipment from the Visa sport company including the REe 121, REe 105, REe 151 and a Diamond Professional Runner floor surface.

The judo and wrestling floor measures 72 m2 and is from the SFJAM-NORIS France.

The buildings are air-conditioned and have central heating.

Experience in Sifnos the best Aegean sea diving! Explore some of her best sites where you can enjoy the perfect diving adventure.

Let your adventure begin in Sifnos and discover the secrets of her underwater world or play on the sea surface by other activities using sea bicycles, canoes, boards sup etc. exploring the beauties of the nearby coves and beaches of our island!

Sifnos is an ideal destination for sailing holidays since the distances to the surrounding islands are short. Also for fishing enthusiasts fishing trips are organized along the coastline of Sifnos.

Lacy beaches with deep blue waters, leeward small ports and the hospitable ports of the islands are here to offer you unforgettable vacations.

Take your swimsuit, a hat, a camera and your good mood with you and live for a whole day a unique experience that will offer you energy,  joy and wonderful memories!

Sifnos has connected its name with Chef Nicholas (Nikos) Tselementes, not only because it is the birthplace of the famous chef and of many other distinguished chefs but mainly because the gastronomic habits of the past are a living part of its tradition.

Based on the local agricultural and livestock products, the sweet-smelling thyme honey, the wild greens and herbs, the Sifnians have exploited with remarkable technique everything that their land offered them, by cooking with love food and sweets baked in wood-fired ovens, and in earthen pots.

In our island with the guidance and help of a local cook, you and your team, if you wish, you can prepare and cook a full Greek meal, from meze to main course, in a cozy, friendly and relaxed atmosphere using simple local ingredients that you can also find at home…

Either you are familiar with Greek Folk music or not, in Sifnos, you can learn Greek folk dances that you can dance everywhere in Greece and wherever in the world Greeks celebrate.

You can also have a dancing lesson as an activity for your family holidays, or your wedding guests, or the students group you escort.

Greek folk dances are a good exercise and after an hour you will feel like having been at the gym!

Riding with donkeys, mules or horses, it’s a new way to explore the island and the continuation of a centuries-long tradition, which nonetheless lives on, whereby animals served as the basic mode of transport for the residents of Sifnos.

If you are interested in any of these activities please consult our Reception to arrange for you an appointment or to make your booking!

Pics of Activities in Sifnos 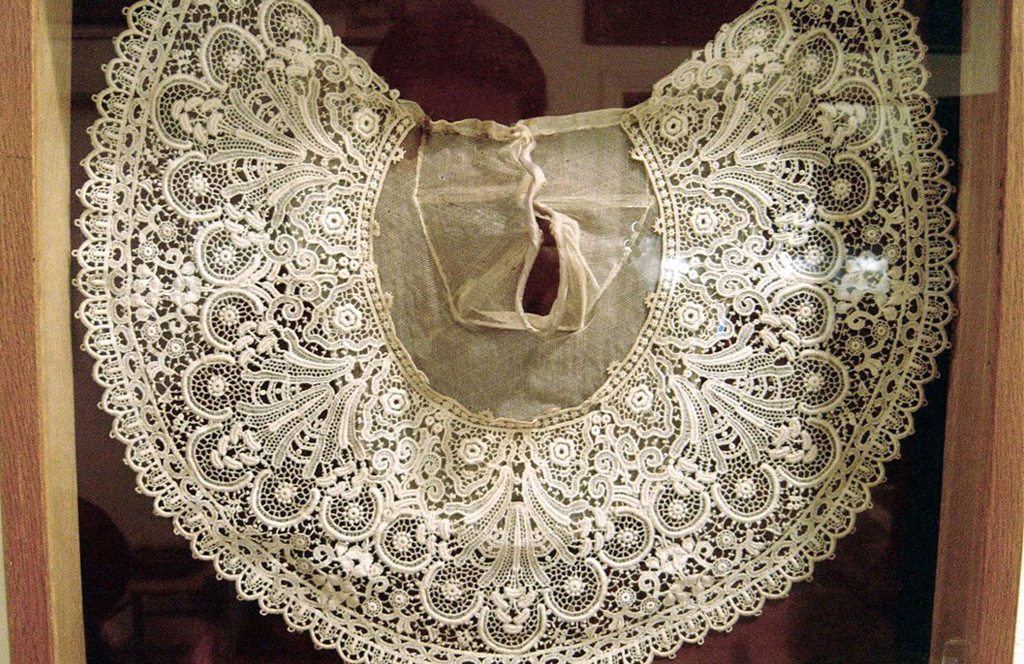 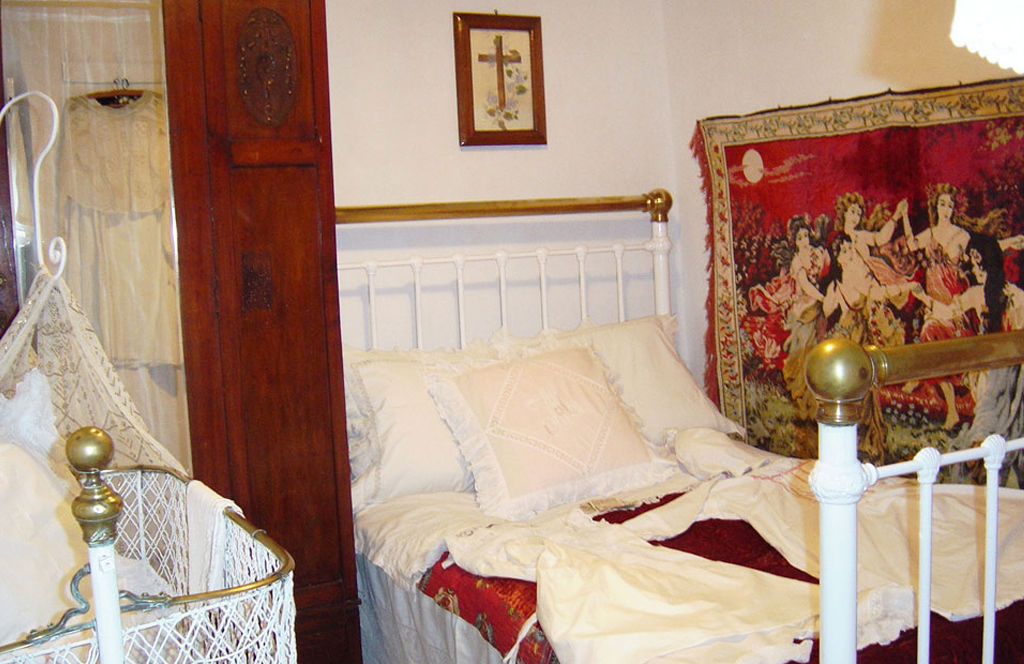 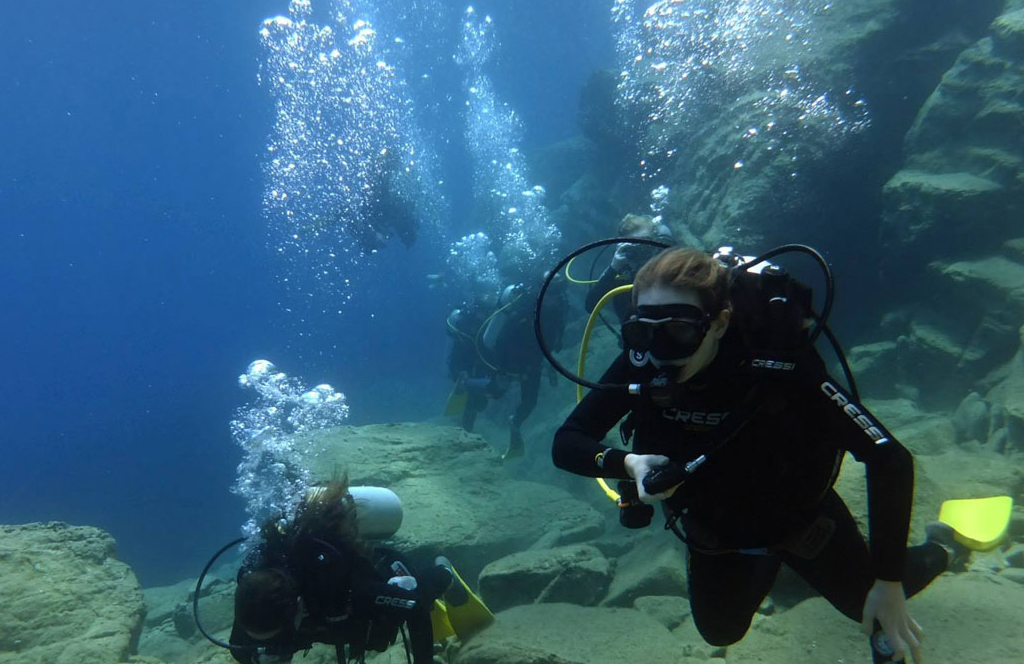 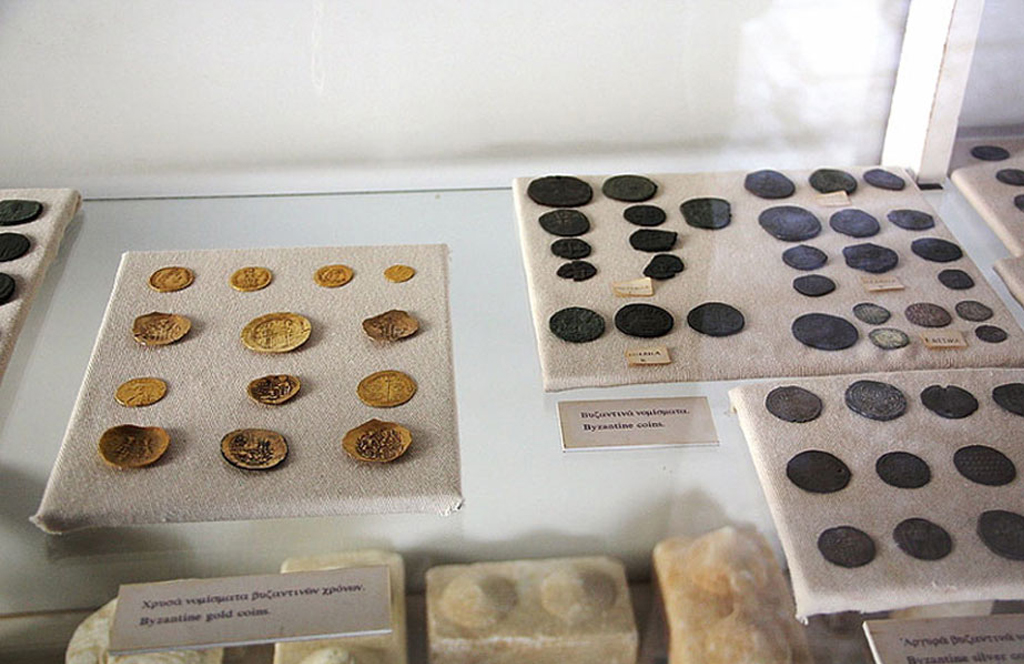 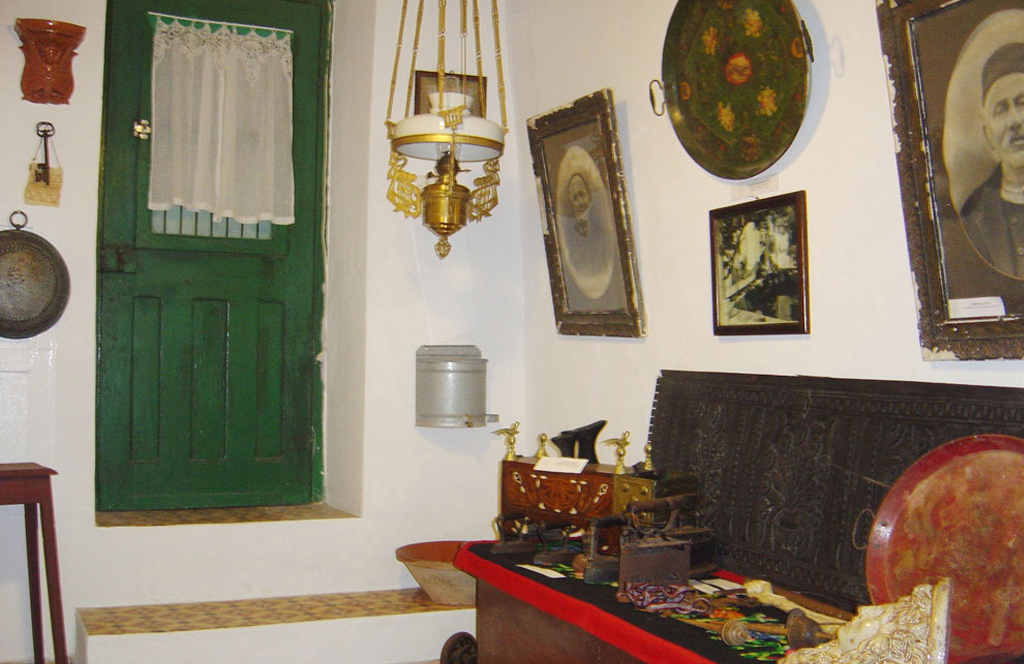 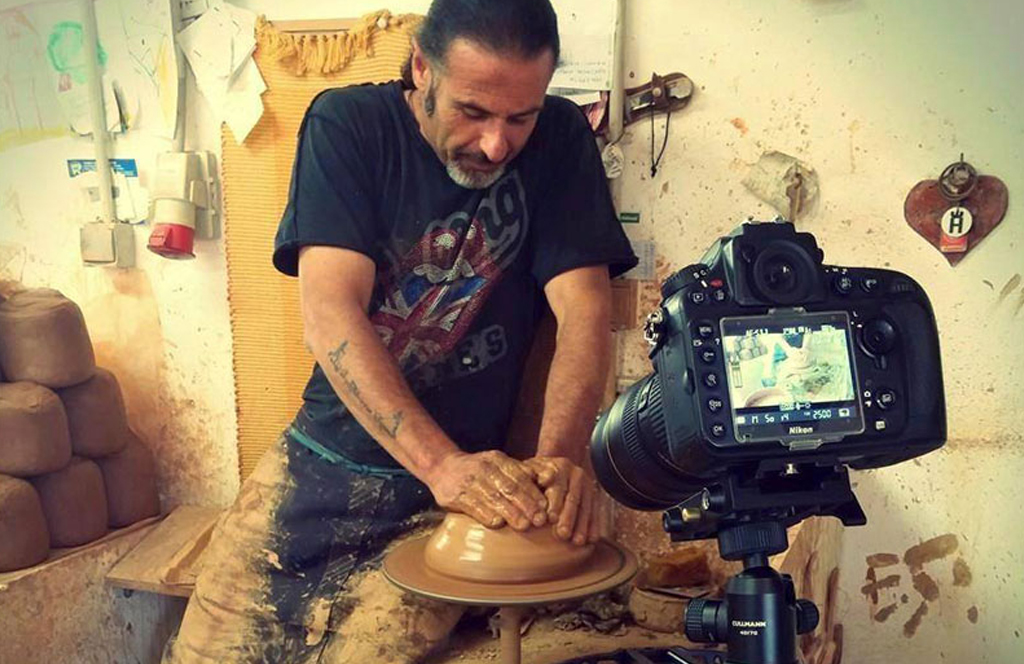 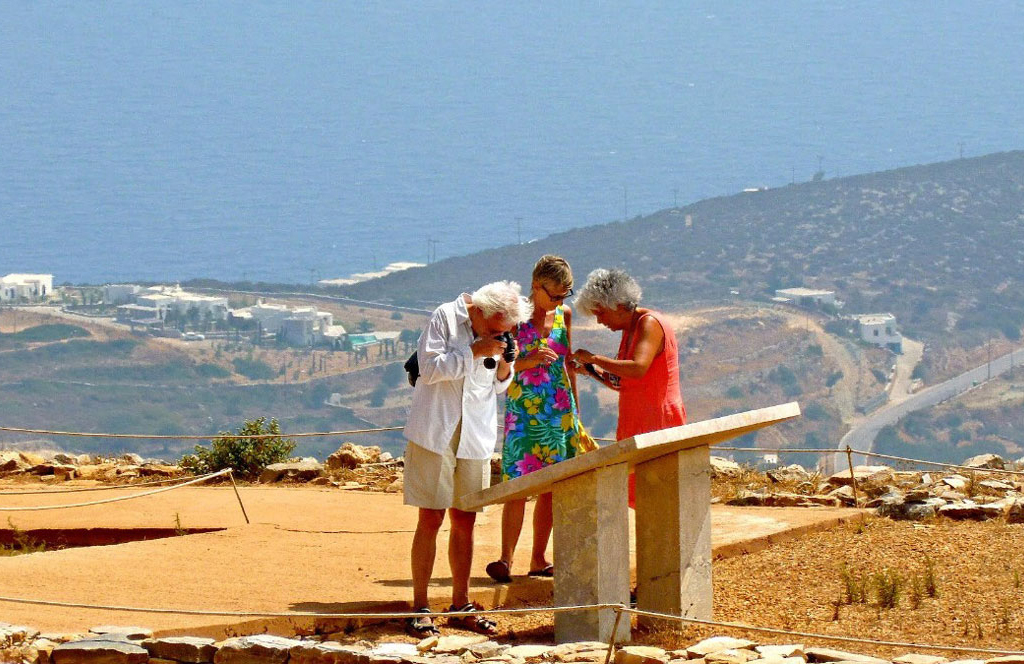 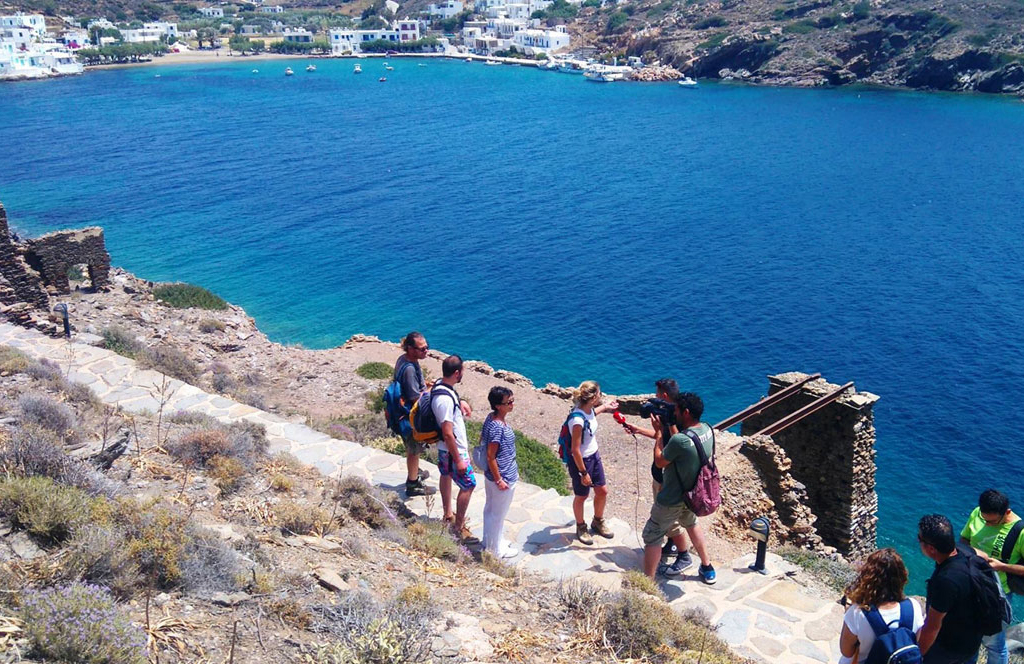 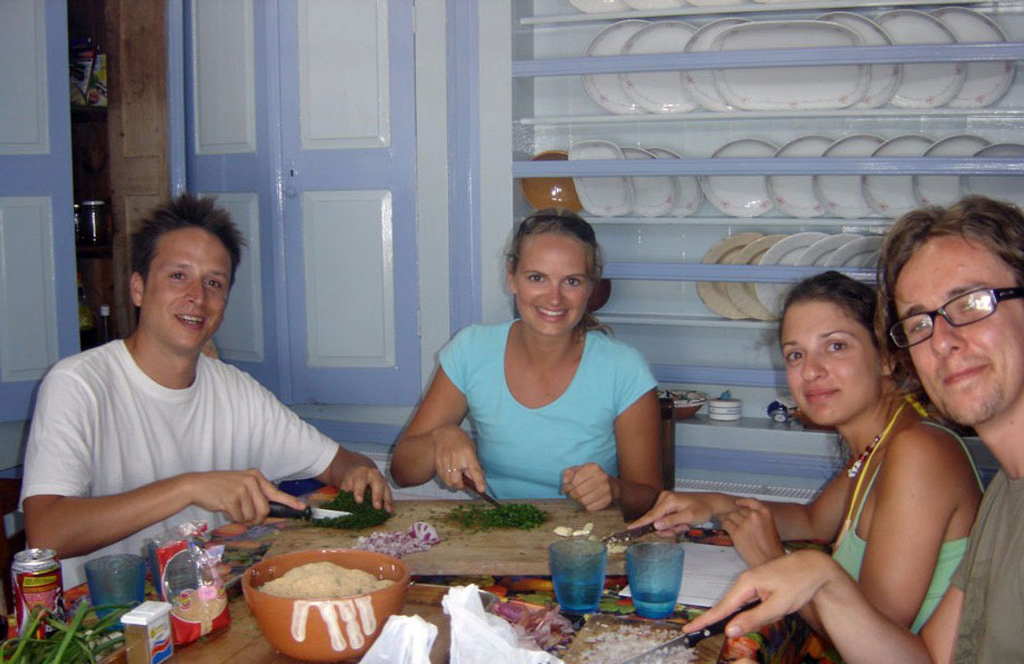 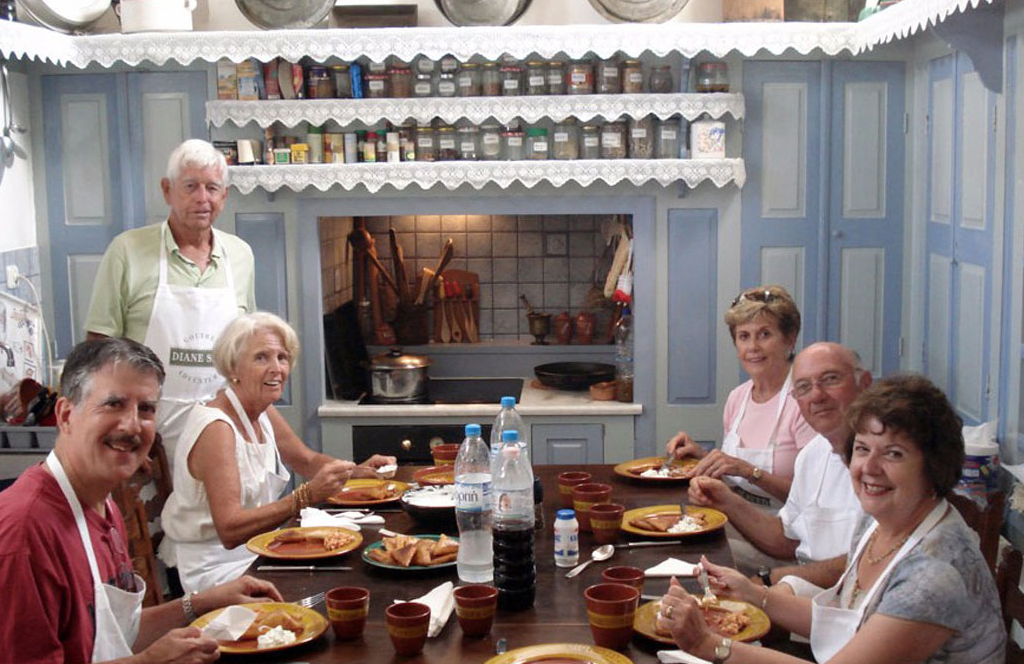 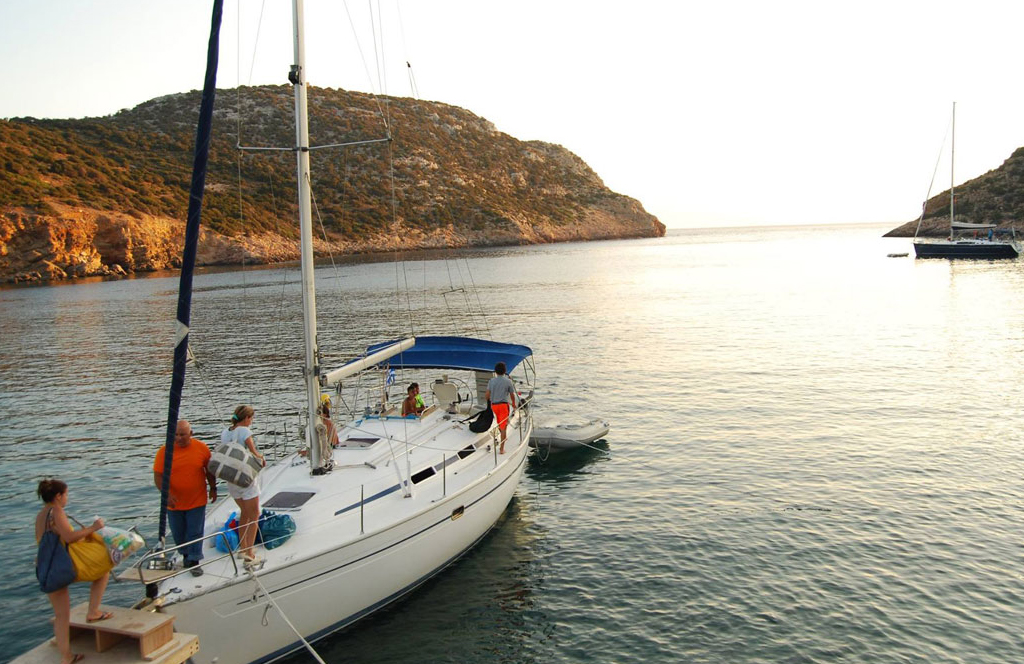 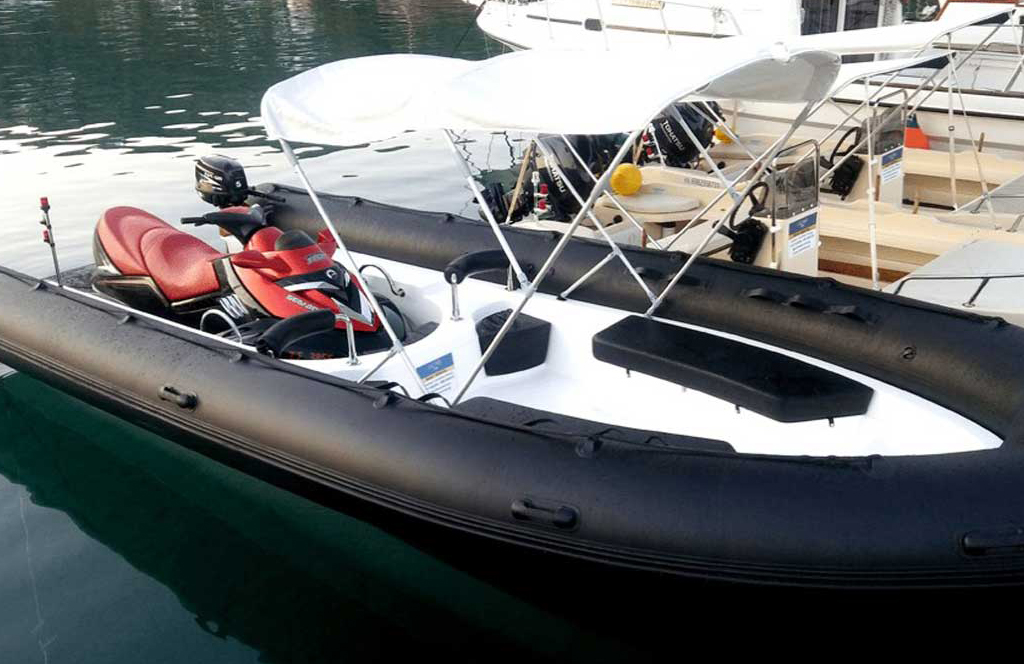 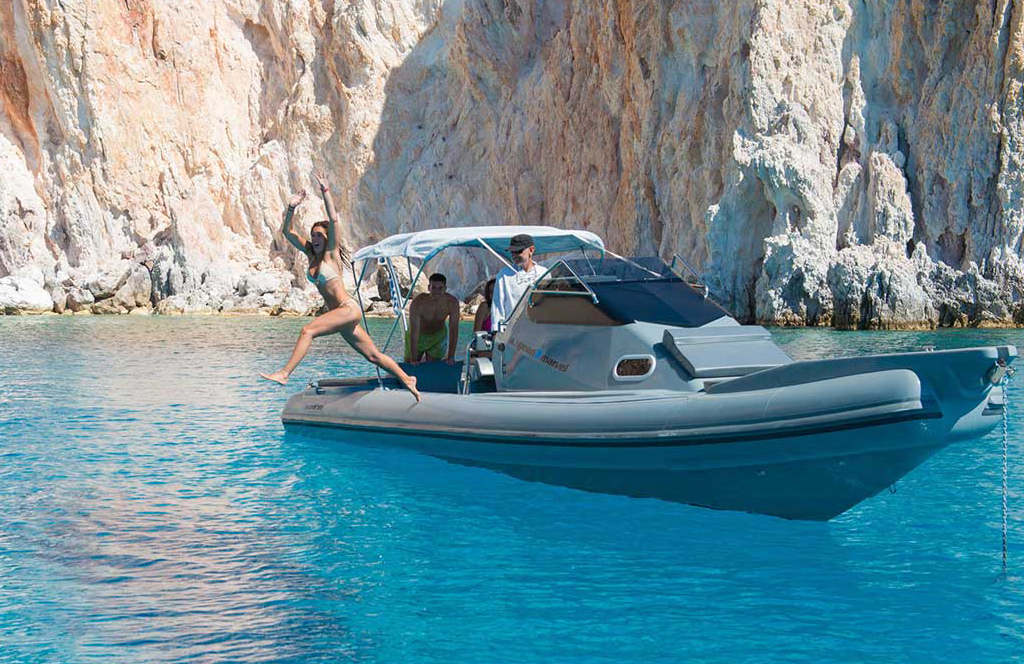 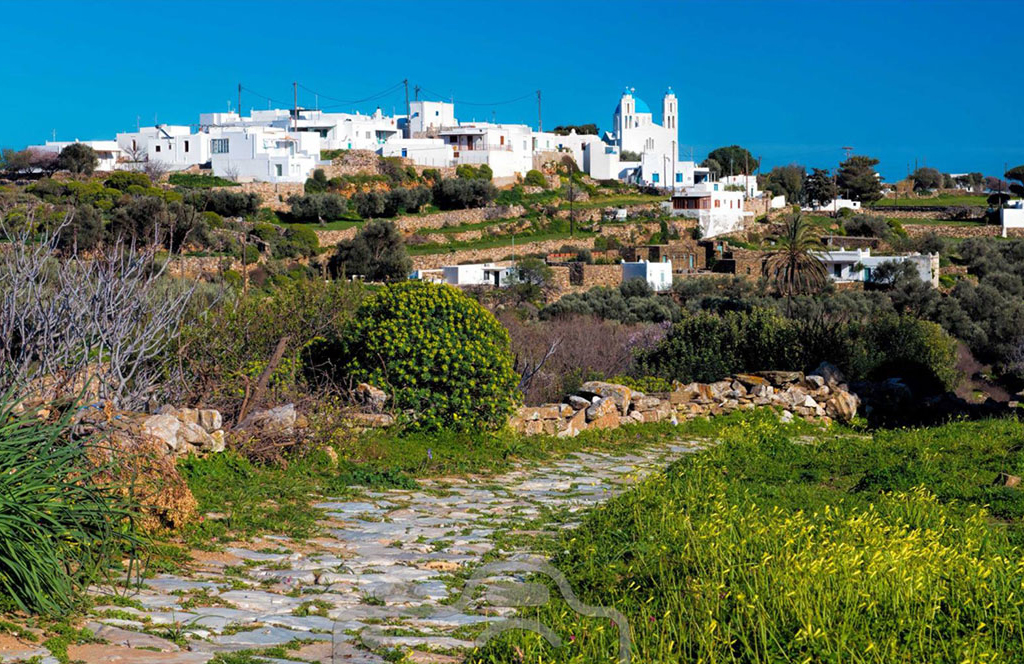 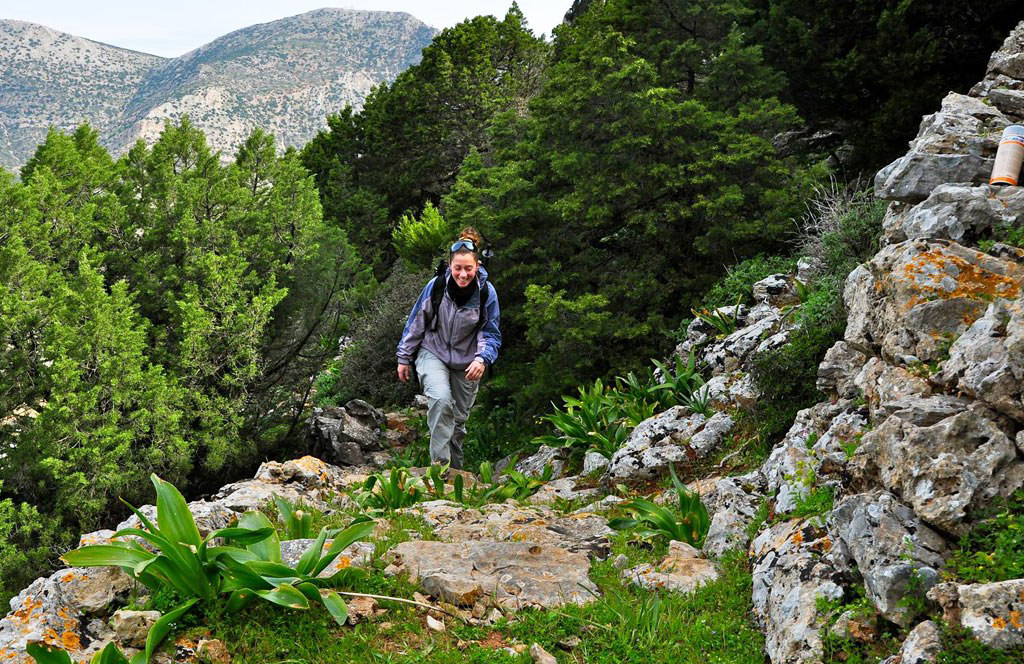 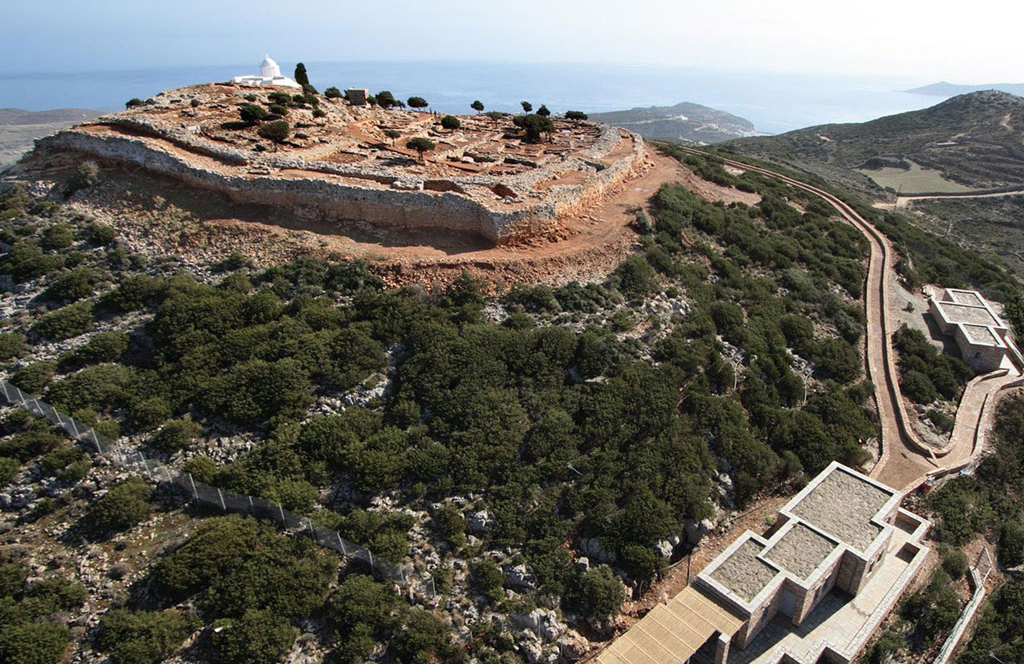 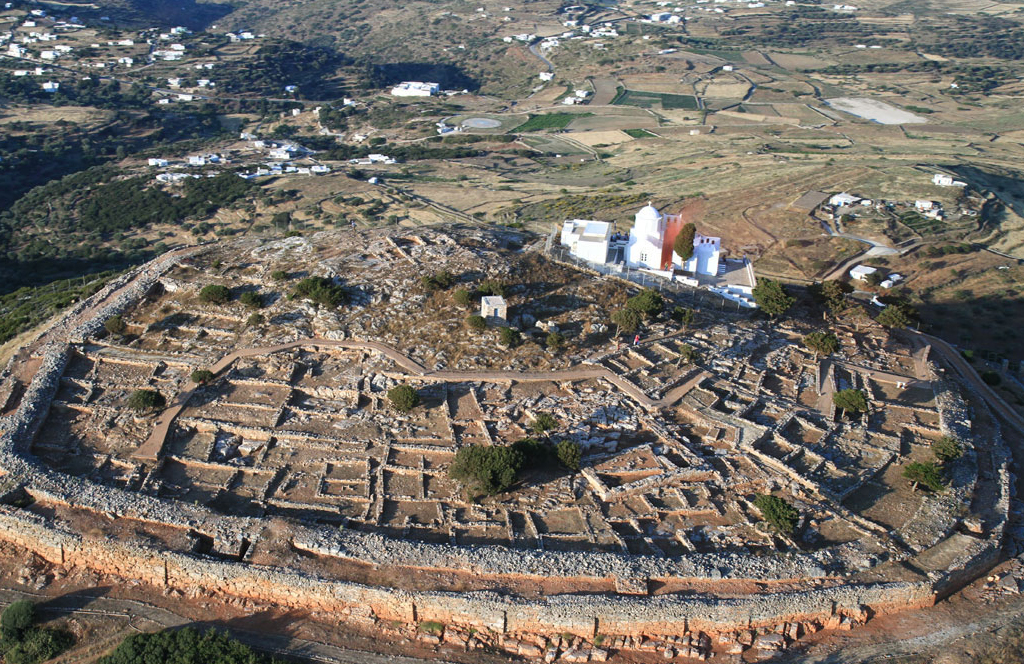 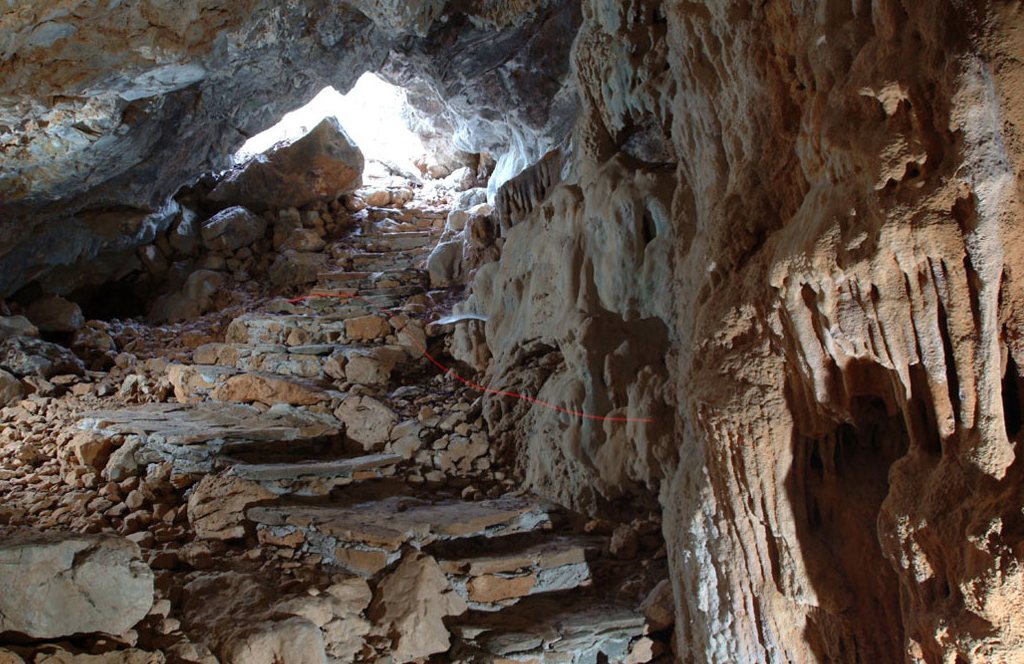